We had the chance to meet with our son Adam’s godparents in Salon, which is about two and one-half hours south of Lyon. One thing we realized coming here is that Lyon is not really convenient to a lot of other places. My cousin Ken lives in Germany and suggested meeting, but the closest meeting point for that would have involved a high-speed train to Paris which would have been difficult to manage and also expensive. We had a similar issue with our former exchange student Vera who lives in Germany. Every train connection was long and expensive. The only connection that was manageable was a college friend of Adam’s who was in Geneva and who came by bus to Lyon. 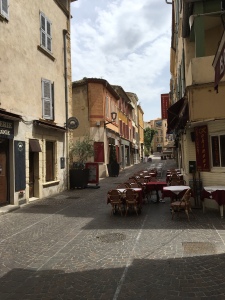 In any event, our meeting in Salon also worked, although it was a bit of a drive for one day. Salon is a picturesque little village that has wonderful, well-preserved buildings and quaint restaurants. Consistent with every place else, parking is at a premium. If you come France, it’s really worth the time to visit villages such as this, since it will provide a much broader view of the country. Just as visiting New York is by itself not all of the U.S., so is a visit to Paris alone not all of France. Paris has a population of around 11 million, out of a total of about 65 million in France. Lyon is the next largest city, with slightly over 2 million. The point of those statistics is to understand how Paris really is so different than the rest of the country, and the importance of visiting things beyond the usual tourist spots if you can. Salon was a pleasure to visit and well worth the journey. 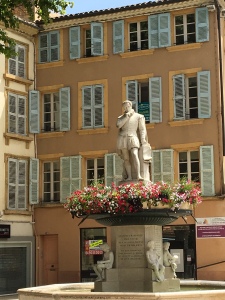 Coming to France has always been a bit intimidating for an anglophone since we have heard numerous stories of rude treatment when you don’t speak French and the dearth of anyone locally who can speak at least some English. Having come here over the years, my unscientific conclusion is that English knowledge has gotten much better, especially among the young and in touristy areas. And at least in Lyon, we were never treated rudely. In contrast to, say, Germany and The Netherlands, you will be able to find more people in France who don’t speak some English, but it’s easy enough to find someone who does. It however always helps to try to speak some French, even if very limited. It is appreciated and what I find really polite is the fact that native speakers who also speak English well do not automatically switch to English- they will allow you to practice, make mistakes and be nice about it. In Germany and The Netherlands, people will very often switch once they hear the slightest accent, which does not help you learn and also can be taken as a bit insulting even if not so intended.

I spent a fair amount of time preparing for this trip by listening to podcasts and using some of the most common language apps, including Duolingo and Babbel. It’s so much easier to learn these days. I am just a beginner, but was able to survive in restaurants, returning the car and other basic activities. The more complicated items, such as renting the car and complex hotel issues, such as the maid left the door open for the second consecutive day, were done in English since none of us is that fluent.

French is an interesting language for English speakers to learn since roughly 30% of our words have French origins. That’s what happens when a bunch of French Normans decide to sail north and invade England in 1066 and stay for about 400 years. It’s notable that some people will say that the two languages have so much in common since they are both based in Latin, but English is not Latin-based, but rather a German-based language. Anyway, since we have so much common vocabulary, it tends to be easy for English speakers to read French, but that’s where the easy part ends. Pronunciation is very difficult to learn, although there are conventions, and spelling is too. The grammar is complex, although logical. Somehow the way words are spelled and pronounced changed over a long period of time, although it’s hard to understand exactly why. One theory in the internet is that it was a natural evolution of the language and every language has this. The problem with this is that, for example, German and Spanish have been around just as long and don’t have these issues at all; there are not spelling bees in either country. English has spelling bees I am convinced because English has taken on so many foreign words due to, principally, invasions such as the Normans. Thank you, Normans for making our grade school experience simply awful.

One thing that most everyone agrees is that French is a beautiful language to listen to in song and poetry. That will never change. 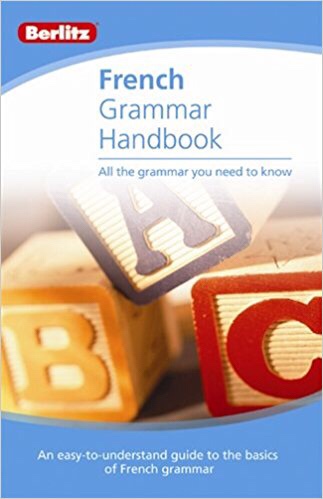 View all posts by mschini1